Cheap Flights To Tanzania From Australia - From $1662 Return

Flights to Tanzania from $1,662 Return

Think safari – think Tanzania. From the Serengeti to the ancient volcanic crater of Ngorongoro, this is the home of some of the world's most majestic beasts. On game drives and game walks, it's possible to see everything from running wildebeest to snapping river crocodiles to mud-caked hippopotami in a single morning. And that's not even mentioning the huge population of roaming elephants – the second biggest in Africa, no less. But cheap flights to Tanzania from Australia aren't all about hitting the outback. They can also be your ticket to the cotton-white sands and turquoise waters of the Indian Ocean, where Zanzibar's coral-carved Swahili forts rise over gritty fishing ports. Or, they're a ride to the immersive and adventure-rich ancestral Maasai lands around snow-topped Mt Kilimanjaro in the north. 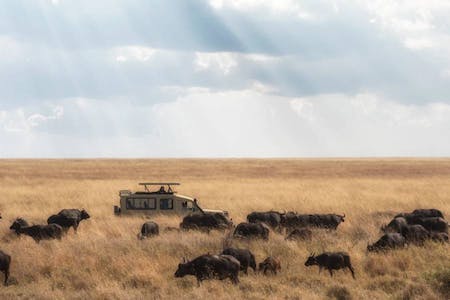 This legendary reserve is a safari mecca, with a whopping 70 species of large mammal up its sleeve, including gazelles, zebra, and lions! 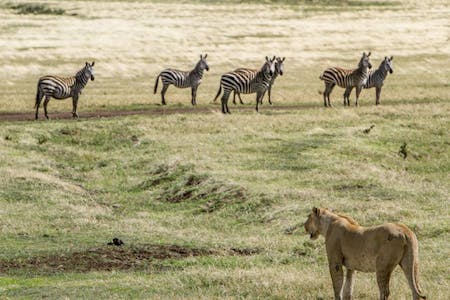 See the wonders of the Great Rift Valley in all their majesty at Ngorongoro, where luxury safari lodges peer over plains inhabited by African buffalo and roaring lions. 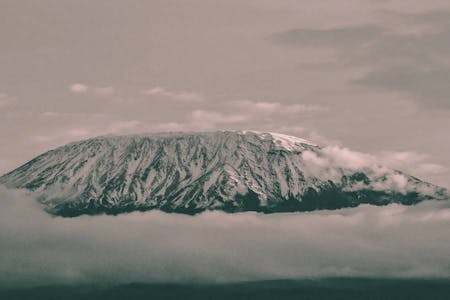 At 5,895 meters up, Mount Kilimanjaro is the highest peak in Africa, with a glacial top and challenging hiking routes aplenty.

What is the cheapest month to fly to Tanzania?

At the moment, March/2020 is the cheapest time of year to take a flight to Tanzania. You will pay the most in July/2020.

What airlines fly non-stop to Tanzania?

No airlines fly direct between Australia and Tanzania.

What is the cheapest airline that flies to Tanzania?

Kenya Airways is the cheapest airline to fly from Australia to Tanzania.

What is the best airline to fly to Tanzania?

The best airline to fly from Australia to Tanzania is Qatar Airways.

I Know The Pilot finds you the cheapest Tanzania flights

At I Know The Pilot we are always on the lookout for cheap flights to Tanzania. As soon as we find a good deal, we post it to the website and our apps. These cheap prices to Tanzania are in high demand and can dissappear quickly. Subscribing Is the only way to make sure you don't miss out.