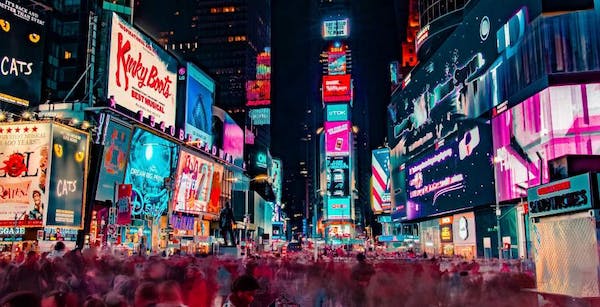 Expired Fly to Canada from $895 Return! Bags and Meals Included.

Expired Flights to Philadelphia, USA from $674 Return on United (Syd,Mel)

All About United Airlines

United Airlines came about when a bunch of other domestic U.S airlines merged in 1931. They are the third largest airline in the world, and have a wide network across the U.S, as well as servicing all six continents (except Antarctica). Their main hub is in Chicago, with six other hubs scattered across America, including Denver, Houston and Los Angeles. They also have a hub in Guam, which services the Pacific region. Passengers on United can fly across the United States, South America, Africa, Asia, the Middle East, the Pacific and Europe - over 340 destinations worldwide.

They are a founding member of the Star Alliance, along with many other airlines including Singapore Airlines, Air New Zealand and Thai Airways. In total, they partner with over 35 airlines across the world.

Their regional service operates under the brand name United Express, and is comprised of seven different independent carriers including SkyWest, GoJet and Mesa Airlines.

United are no stranger to publicity (good and bad) - some of their awards include 'Airline of the Year' from the International Flight Services Association, 'Favorite Frequent-Flyer Program' by Trazee Travel, and many awards for their lounges, as well as inclusivity and good conditions in the workplace.

Where can I catch United Airlines flights?

United currently fly direct from Sydney and Melbourne. Travelers from other cities can take advantage of their partnership with Qantas, and fly Qantas to Melbourne/Sydney, and then onwards with United, all on one ticket.

United fly direct to a range of U.S cities, including Los Angeles, San Francisco and Houston. From there, passengers can fly across the U.S, or onwards to South America, Asia, Europe, Africa, the Caribbean and more.

Making the most of United Airlines sale deals

United don't run set weekly or monthly sales like some airlines, however they do feature a variety of different sales throughout the year! Some recurring ones include their Seat Sale which can pop up anytime, Boxing Day (December 26th), Black Friday (after Thanksgiving) and others.

They may also feature flash sales, Earlybird sales (for fares booked several months in advance), companion sales (for two or more passengers in one booking) and destination-specific sales, with discounted fares to and across the U.S, Europe, Asia and more.

We have noticed over the last year plenty of amazing United fares, such as flights to the U.S for under $700!

There is a dedicated 'special offers' page on their website, or you can sign up to their emails to be notified of any future deals. Or just sign up with us, and we will keep you in the loop!

United have three main fare types: Economy, Premium Economy and Business.
All United Flights from Australia will include meals and baggage regardless of fare type or class. However, domestic U.S flights will not have the same inclusions.

It is recommended that all internal U.S flights are booked as part of the international ticket where possible to maximise the free baggage allowance.

How to Check-In for United Airlines Flights

You can check in for your United Airlines flight either online, via the United app (available for both iOS and Android), or in person at the airport.

Check in via the app or online opens 24 hours prior to departure. You can also choose seats, pay for baggage or extras, or upgrade.

To check in at the airport counter, check directly with the airport website for the exact time the counter opens. However, in general check-in counters are open 3 hours prior to departure for international flights. Please note that if the first sector of your flight is with another airline, ie Qantas, you must check in online or at the airport with them.

The United Airlines frequent flyer program is called 'MileagePlus', and and allows passengers to earn points on United flights, as well as flights with partner airlines, stays at partner hotels, dining, banking, car hire and retail outlets, as well as by using the United credit cards.

Miles can be spent on flights, upgrades, other travel products including accommodation, car hire and cruises, at the United merchandise store and even at the Apple store. There is also a 'MileagePlus X' app, which allows passengers to use their miles to spend with a range of online stores and products. They can also be redeemed for other travel experiences, sports events and even Broadway shows.

Anyone can join the program, however to qualify for one of the Elite Tier's you will need to spend a minimum of $3000 USD to qualify. These tiers start at Premier Silver, and run through Premier Gold and Premier Platinum up to Premier 1K. Each level provides extra benefits for members, including extra baggage allowances, lounge access, priority boarding and more.

United Airlines also run the 'United Club', which is the airline lounge associated with United Airlines and United Express carriers. Members of the club, those who have an associated credit card or Business and First class passengers departing that day can access the United lounges across the world. There are 45 United Club locations, Copa Club locations and participating Star Alliance™ affiliated airport clubs worldwide, including free wifi, food and beverages.

Other things to know about United Airlines

At I Know The Pilot we are always on the lookout for cheap United Airlines flights. As soon as we find a good deal, we post it to the website and our apps. These cheap United Airlines prices are in high demand and can dissappear quickly. Subscribing Is the only way to make sure you don't miss out.