Cheap Flights To Jordan From Australia - From $1158 Return

Expired Fly to Jordan from $1140 Return on Five-Star Qatar Airways!

There are few more enduring sights of the Middle East than the image of rock-carved Petra – the 2,500-year-old erstwhile capital of the Nabataeans – emerging from the ochre-tinted canyons of Jabal Al-Madbah. But there's also much more to this amazing country than it's star attraction. From the camel-stalked sand hills of the Wadi Rum where Lawrence of Arabia once traveled to the scuba-diving centers and beaches on the Gulf of Aqaba, there's loads to get through. Getting great deals on cheap flights to Jordan from Australia usually means making a stopover along the way, with the most likely arrival point being the bustling capital of Amman, where Roman temples sit in harmony with modern mezze cafes. 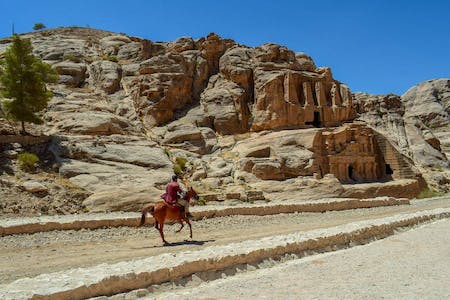 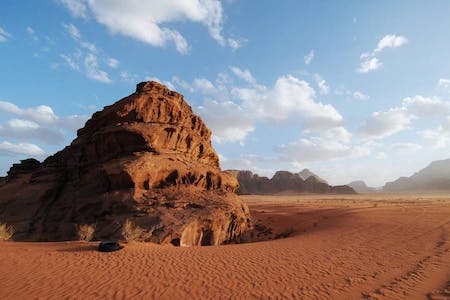 A Mars-like landscape of red-rock mountains that rise from a sun-scorched desert is what awaits in the amazing Wadi Rum. 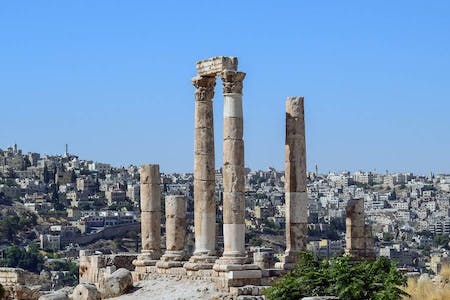 Bulgur wheat salads and falafel burst from the chic cafés of happening Amman, while Roman ruins punctuate the boulevards here and there.

What is the cheapest month to fly to Jordan?

What airlines fly direct to Jordan?

No airlines fly direct to Jordan from Australia.

What is the cheapest airline that flies to Jordan?

The cheapest airline to fly to Jordan from Australia is Qatar Airways.

What is the best airline to fly to Jordan?

Qatar Airways is the best airline to fly to Jordan from Australia.

I Know The Pilot finds you the cheapest Jordan flights

At I Know The Pilot we are always on the lookout for cheap flights to Jordan. As soon as we find a good deal, we post it to the website and our apps. These cheap prices to Jordan are in high demand and can dissappear quickly. Subscribing Is the only way to make sure you don't miss out.