Cheap Flights To Brazil From Australia - From $1117 Return

Expired Flights to Rio, Brazil from $955 Return on Qantas/LATAM

Expired South America On Sale! Fly to Chile from $935 Return or Brazil from $1023 with Qantas and LATAM.

Expired Flights to Brazil from $977 Return on Qantas/LATAM

Expired Flights to Rio, Brazil from $995 Return on Qantas/LATAM

South America's largest country is treasure trove of experiences, sights, and culture. Touching down on cheap flights to Brazil from Australia, you're likely to get started with the bumping beach scene of Copacabana in Rio, or the gritty churrascarias of São Paulo, the capital. Once you're done sipping caipirinhas under the statue of Christ the Redeemer, it's time to go off-track. In wild Brazil, that might mean heading deep into the Amazon basin, for encounters with prowling jaguars and snapping piranha fish. It might mean carving over the glistening surf breaks of Florianopolis. Or, it could involve safaris over the endless wetlands of the Pantanal for visions of capybaras and macaws. 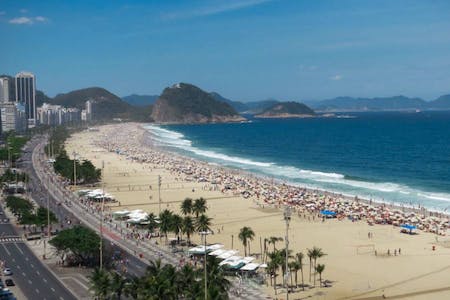 The energy of Copacabana Beach is something else. Head here for sunset in Rio and you'll soon be joining the carnival of volleyball, samba and cocktail drinking. 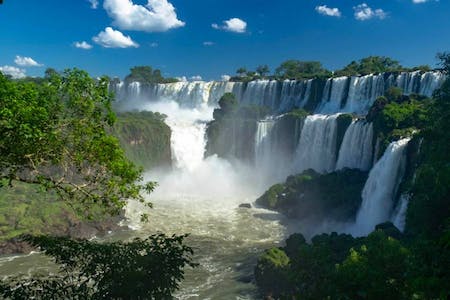 The largest waterfall system in the world is on view in the state of Parana. Make for the lookouts that poke from the jungle to see the roaring cataracts and mist pools in full show. 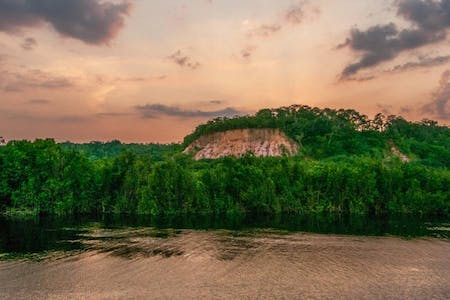 The legend of the Amazon draws intrepid types to this vast rainforest, which extends all the way to the Andes and comes packed with jaguars, river dolphins, and iguanas.

What is the cheapest month to fly to Brazil?

What airlines fly direct to Brazil?

No airlines fly non-stop from Australia to Brazil.

What is the cheapest airline that flies to Brazil?

LATAM Airlines is the cheapest airline to fly from Australia to Brazil.

What is the best airline to fly to Brazil?

The best airline to fly between Australia and Brazil is Qatar Airways. The best budget airline is Interjet.

I Know The Pilot finds you the cheapest Brazil flights

At I Know The Pilot we are always on the lookout for cheap flights to Brazil. As soon as we find a good deal, we post it to the website and our apps. These cheap prices to Brazil are in high demand and can dissappear quickly. Subscribing Is the only way to make sure you don't miss out.