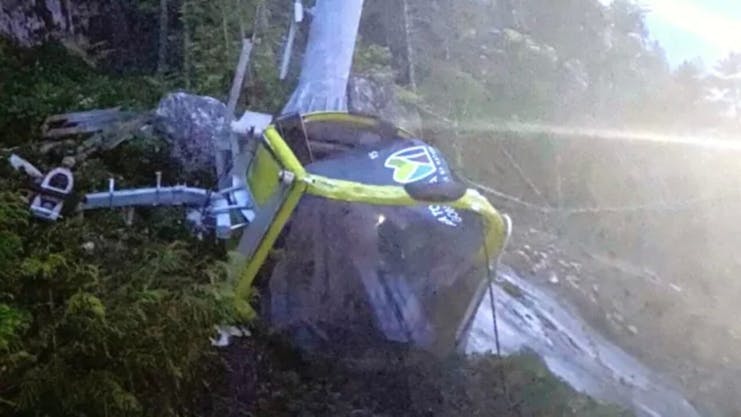 Vandals have cut the steel cable of the Sea-to-Sky Gondola in British Columbia, Canada overnight. This is the second time the cable has been cut, both times causing gondolas crashing up to 300m to the ground.

The cable, made of 6 steel lines wrapped together, was cut at around 4am last night. Only 6 out of the 39 of the gondolas were in the end stations, so the owners expect that the rest will have been destroyed. Thick smoke from nearby wildfires means that helicopters have not yet been able to investigate yet.

General manager Kirby Brown had phones calling him about the incident before dawn:

"This event mirrors last year's event in a very eerie fashion ... We're all stunned and shocked,"

"To me, this is somebody sabotaging our business."

The cable was cut just over a year ago on 10 Aug, 2019, destroying almost 30 gondolas. It caused up to $10 million damage, the insurance claim not being fully finalised.

Officials have said that when the cable snapped it could have easily killed a person if it hit them.

"This individual has no regard for their own life and limb. They wanted to do what they did, they did it swiftly, they did it with skill."

No arrests have been made yet for the vandalism last year, and investigators have not been able to confirm if there is a link between the two incidents.